Cantori s.r.l. together with other one hundred Marche entrepreneurs for the second event Homo Faber 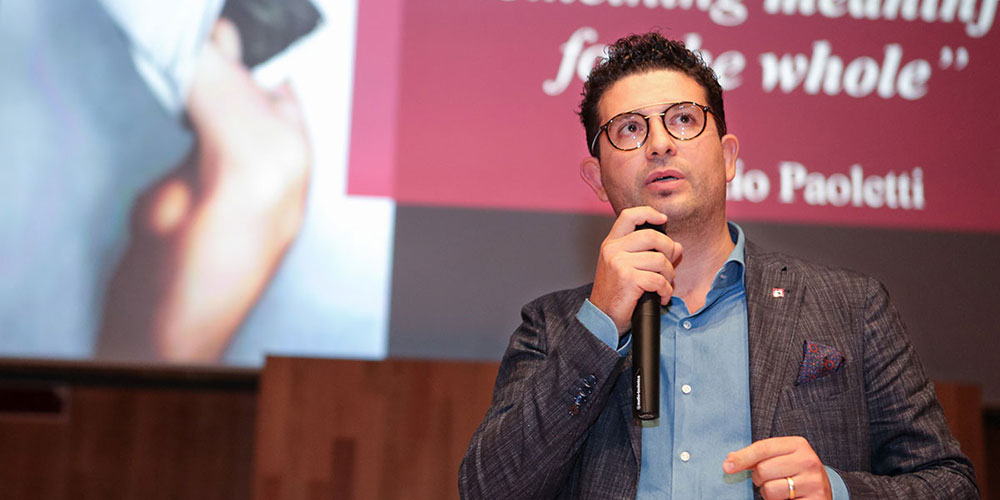 One hundred of Marche entrepreneurs arrived at the Politeama di Tolentino this afternoon to participate the event Homo Faber “From dream to action”. Exceptional guest of the initiative Oscar Di Montigny, expert in Innovative Marketing, Relational Communication and Corporate Education, who illustrated his idea of Economics 0.0, based on cultural creative capital, in which Love represents the economic act par excellence . Before the start the participants were able to visit the photo exhibition on the earthquake prepared for the occasion and accompanied by the musical performance of the violinist Marco Santini. An “event in the event” to shake consciences and become aware of the role of citizens as an active part of future change. A concept perfectly in line with the values of Homo Faber, which is configured as a path of renewal, inclusive and participatory. A movement of thought born from the will of some forward-looking entrepreneurs to contribute to the social development of an entire territory, the Marche region, injured by the crisis first and then by the earthquake.

In the audience there were entrepreneurs Giordano Cantori (Cantori srl), creator and first supporter of the Homo Faber, Elena Viezzoli (Aethra), Sandro Paradisi (Paradisi srl), Tonino Dominici (Boxmarche), Genuino Galassi (Sige spa), Franco Moschini (Poltrona Frau).
And he did not want to miss even the first citizen, Giuseppe Pezzanesi, who urged entrepreneurs to come out of individualism, to network and believe in the dream of changing society for the better.

The goal of Homo Faber is to revolutionize the Marche model bringing culture into the territory and giving life to a new development project where man is at the center and the will can lead to change. The entrepreneur is the true driving force of this revolution, implemented thanks to a new awareness and sense of responsibility. Homo Faber is an apolitical and non-partisan movement, independent of any ideology developed through a series of events on the regional territory and which will soon be established in a Foundation.

Cantori announces the increase of the share capital
September 14, 2015